Wordle – the once-a-day word guessing game of strategy. You may have seen the yellow and green boxes infiltrating your news feeds, perhaps they’ve piqued your interest or maybe they’ve slowly began to irk you. Either way, there’s no denying that the puzzle is well and truly making its mark across the web and it has just been snapped up by The New York Times.

In the simple game, you are offered just 6 attempts to correctly guess the word of the day using clues given on each guess, made up of grey, green, and yellow squares. Green for correct letter and placement, yellow for correct letter and incorrect placement, and grey for incorrect on both counts. Just one word a day, and you’re done. That’s all there is to it. But it’s taken the world by storm.

The game was invented by software engineer, Josh Wardle (see what he did there?), who created the simple game as a gift to his partner who was growing bored in lockdown. Since October 2021, the intended audience of 1, grew to 90 users in November 2021, and by January 2022, it has exploded to 300,000 daily users.

Unlike other viral moments of our time, Wordle’s success has been largely through word of mouth, rather than huge advertising campaigns, and importantly, the beauty of the game is its simplicity. No download or account creation is needed, offering the old school nostalgia of a Mastermind boardgame, or a newspaper sudoku. But it’s short, accessible, and offers a welcome escape from the rest of the busy and hectic web. It’s these few features that have built Wordle its substantial and loyal following.

Importantly, Wordle feels harder than it is. With every new coloured box gained, the chances of delivering the correct answer are hugely increased, as appropriate words are whittled. Though it feels like a huge accomplishment to start each day.

Many of us have a ritualistic approach to gameplay. Some swipe up for some calming action before bed, others prefer to start the day off scratching their heads. For our Currency Solutions team, it’s an early bird routine. Each morning, the familiar ‘ping’ announces smug scores of ‘3’ or ‘4’ (and even the occasional ‘2’), and slowly the reluctant ‘6’s start to trickle in, accompanied sometimes by confused questioning. 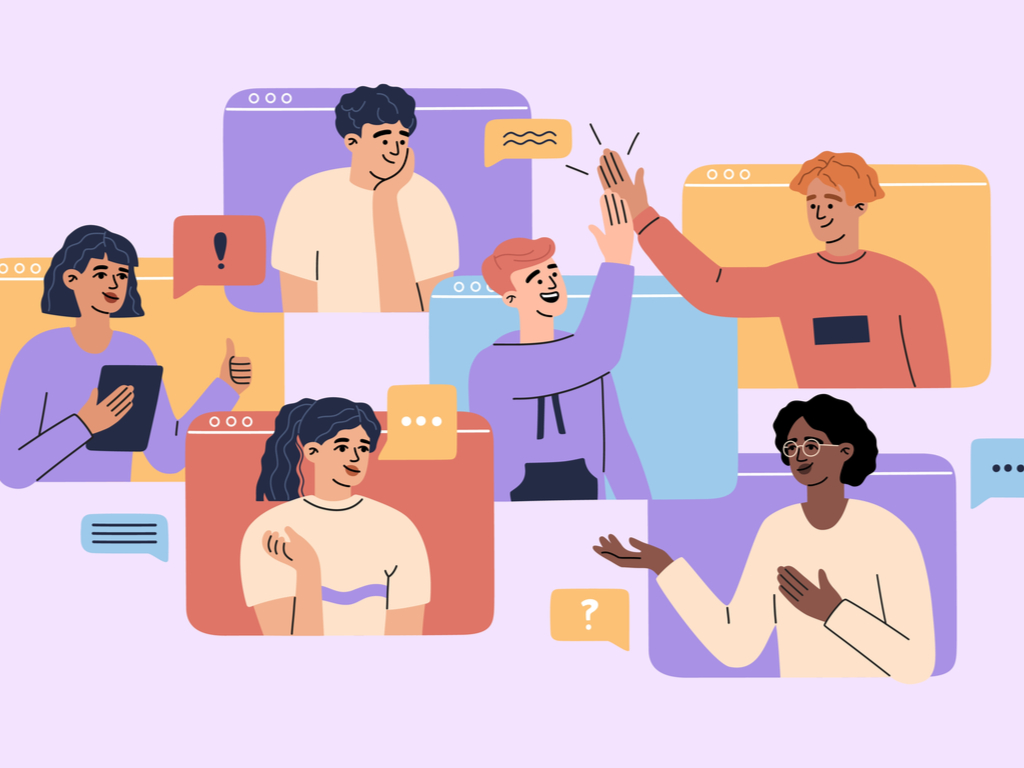 It’s a way to tune-in to our collective imagination before the chatter of work, goals, and deadlines begins. By discussing the various blunders, successes, and lucky guesses that eventually got us to the same destination, we use our results as a tool to connect our far-flung remote teams over something inconsequential and fleeting.

With one attempt allowed each day, yesterday’s mistakes are quickly forgotten, and a new vocabular leaf offered so start again each day. Sure, there’s been upset caused by American spellings (we all remember the ‘labor’ incident of January 12th), and the occasional double letter can get chins wagging, but it’s harmless fun that gets our brains ticking.

Though some take gameplay more seriously. In fact, many accounts have taken to formulating strategies with the purpose of eliminating as many letters as possible in the first guess, with “arise”, “later”, and “raise” being popular with those who like to knock out possible constants, and “adieu” and “Ouija” are favourites of those who like to tick off the vowels. Alternatively, for the those after a challenge, a Tiktok user set out to find the worst starting word using a computer script and landed on ’Xylyl’.

Of course, as with all things enjoying virality on the internet, enthusiasm has been met with equal and opposite passion; some Twitter users have even gone so far as to create twitter bots that will reply word spoilers to anyone sharing their scores online (a blip in the otherwise pristine internet etiquette surrounding the game, may I add).

So, it’s no surprise with a fanbase rivalling that of Beyoncé, that the world watched intently as news of the game’s sale to The New York Times spread like wildfire across the web. The news outlet, which has traditionally invested in sudokus, crosswords, and puzzles, confirmed that they have bought the game for a region in the “low seven figures”.

The New York Times have confirmed that initially “Wordle will be free to play for new and existing players, and no changes will be made to its gameplay”. However, fans are of course eager to see what’s in store for their beloved pastime, and if it will eventually lay hidden behind a paywall.

It will be left to The New York Times to continue the game’s legacy, buying the audience and community, along with 300,000 pairs of watchful eyes. But for our team at Currency Solutions, we’re saving the “tears” for “later” … we’re just awaiting tomorrow’s daily fixture of coloured boxes.