This year's tournament is set to take the medal for the NBC's lowest Olympic ratings in history (with a 50% decrease in audience compared to 2018). The 2022 Winter Olympics has been a bumpy ride from the get-go, with a diplomatic boycott, doping concerns, and environmental issues all casting a dark cloud over the games in China. Here’s what you need to know. 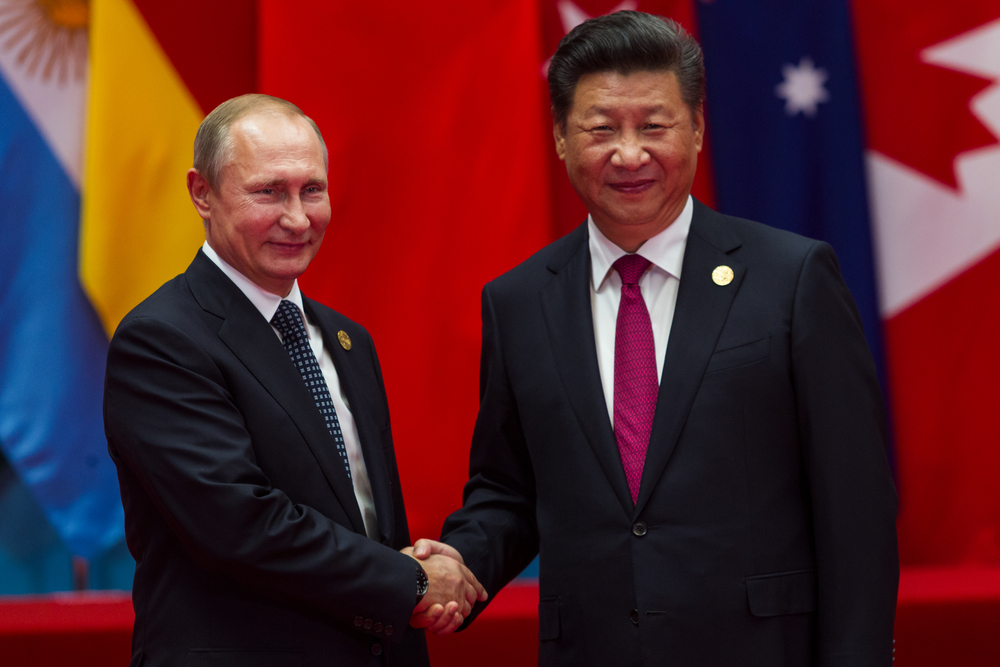 Though you may see plenty of athletes from all corners of the globe competing at this year's games, many country officials will not be joining them. In December, The US announced a diplomatic boycott of the Winter Olympics, describing China’s treatment of Uyghurs and other ethnic minorities in the western Xinjiang region as “genocide”. China has labelled allegations as “nonsense”.

Regarding China, Amnesty International describes “harsh crackdowns on human rights defenders and people perceived to be dissidents, as well as the systematic repression of ethnic minorities”. In response, Great Britain, the US, Australia, Canada, Japan, New Zealand, the Netherlands, and Denmark have all made the decision not to send officials to Beijing.

While many world leaders chose not to attend the games, Russian President Vladimir Putin chose to join President Xi Jinping in a show of solidarity (despite the Russian team’s Olympic ban). While there, in their first face-to-face meeting since 2019, Putin held various discussions on world issues with the Chinese leader.

Another lexical term to add to your vocabulary is “sportswashing” – a word that has been used to describe some of the event’s occurrences. One obvious occurrence being China’s selection of an Uyghur cross-country skier, Dinigeer Yilamujiang, as final torchbearer for the opening ceremony. One US Senator has implored audiences not to tune in, labelling the games a “propaganda exercise.” 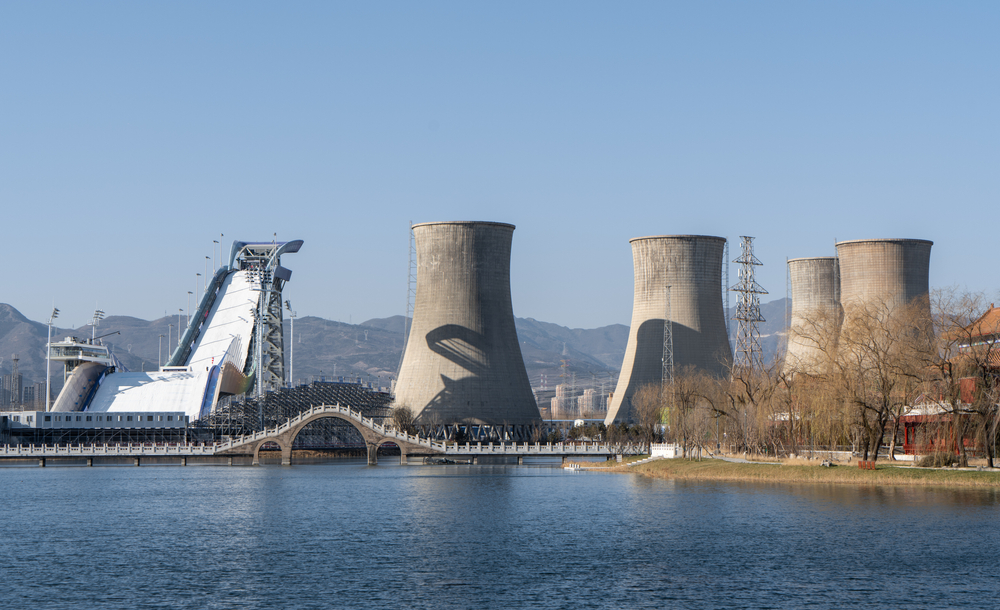 18-year-old Eileen Gu has no doubt become the face of the Beijing Winter Olympics, receiving a gold medal for her perfect left double 1620 on February 8th. However, the less-than-alpine setting of the games caused just as much chatter.

The stadium stands in a disused steelwork, surrounded by power plants which have previously played a huge part in Beijing’s smog and air pollution problems. This urban setting is perhaps fitting for the first Winter Olympics to rely entirely on artificial snow.

Many have questioned the environmental impact of hosting the competition in Beijing — an arid region with less annual snowfall than London. Marie Sallois, the IOC director for sustainability, remarked that the sight of the entirely artificial stadium may be “disturbing for some people". In total, almost forty-nine million gallons of water were needed to create the required conditions for competitors, and Professor Carmen de Jong mused that “these could be the most unsustainable Winter Olympics ever held”.

The games have also ignited discussions surrounding the dwindling options for future Winter Olympic host countries. Rising temperatures will whittle down reliable countries and make unfair and unsafe conditions more likely. Ironically, this weekend the arrival of real snow caused chaos for the Beijing games. Despite the challenges, Chinese authorities maintain that they have kept within the $3 billion operating budget. 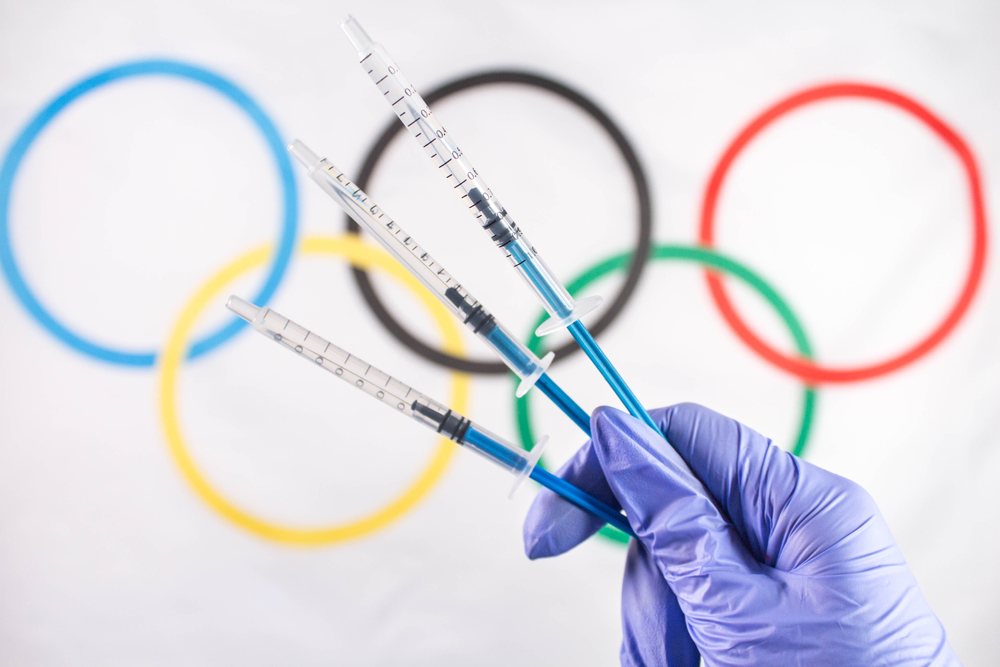 Russia and doping are back in the spotlight this year. News of 15-year-old Kamila Valieva’s failed drug test prior to her Beijing 2022 performance has once again called into question the integrity of the games as well as the continued involvement of Russian athletes, who compete for the Russian Olympic Committee rather than Russia itself (and do not see their flag raised when on the podium).

The subject which has consistently plagued the games is once again making headlines. With a legal case underway, many have voiced concerns for the safety of the minor who tested positive for trimetazidine —a heart medication known to improve physical performance.

The skater who was tipped for gold and was the first female to land a quadruple jump at an Olympics will not receive a medal even if she does win — but neither will her clean counterparts. The Olympic officials announced on Monday, if Valieva places in the top three in any of her events, then officials will withhold all medals until investigations are complete; a decision that some have said unfairly penalises participants willing to abide by Olympic regulations.

Sarah Hirshland, Chief Executive of the US Olympic and Paralympic Committee, described the decision as “another chapter in the systemic and pervasive disregard for clean sport by Russia […] athletes have the right to know they are competing on a level playing field. Unfortunately, today that right is being denied.”

The failed Russian doping test ignited parts of social media in their disapproval of Russian participation. However, Katarina Witt, former German figure skater, reminded the public of Valieva’s young age, stating "it is a shame, and the responsible adults should be banned from the sport forever."

Additionally, US Olympian Sha’Carri Richardson, who did not take part in the Tokyo Olympics after testing positive for marijuana, called out what she perceived to be a racial disparity in their treatment, stating that “the only difference I see is I’m a black young lady”.

With fewer fans attending the events due to Covid-19 restrictions, the games have faced many challenges and the surrounding rhetoric has been a gloomier than usual. However, the incredible skill, talent, and determination of the world’s finest athletes is always a wonderful thing to observe. Congratulations to all this year’s competitors. We wish everyone the best of luck in the remaining events.