Munim, Head of Compliance at Currency Solutions talks with us about his recent Umrah pilgrimage to Makkah, commonly known in the west as Mecca, in Saudi Arabia.

The history of Makkah and the Silk Road, which joined it to the Western world, is an interesting and unique one. The Silk Road is an ancient trade route that connected the West with Asia and the Middle East. The corridor was used from the second century through to the mid-15th century and was central in forming interactions between the many cultures and countries which used it.

Just like the silk, frankincense, incense, pearls, and copper that were traded for upwards of 1,500 years, so too were ideas, beliefs, and religion. Muslim merchants would travel the route and reach new areas with their wares as well as their faith.

Saudi Arabia is the birthplace of Islam, and the Umrah takes place at Islam’s oldest and most holy site: Makkah. Just one of the many unfortunate side effects of the covid-19 pandemic was that when the virus struck in 2020, Saudi Arabia was forced to close its borders and ban the entry of pilgrims into Makkah, (and its second holiest city of Madinah, commonly known in the west as Medina) in an attempt to contain the spread.

Munim, who had visited Makkah previously to complete both the Umrah and the Hajj, found that the post-covid journey had changed. Shops that had been busy and bustling now had been boarded up, impacted by the lack of steady visitors through their doors. Indeed, the pilgrims bring a huge monetary boost to the country, and around half a million people work in the tourism trade in Saudi Arabia, which is mostly focused on religion. So, a downturn in visitors had spelt bad news. But it was not a sad occasion, instead, Munim says, “it was a chance to reconnect after a year defined by isolation and separation”. Looking forward, the returning pilgrims will be a welcome sight for the merchants, sellers, and hotels that have sat empty throughout a troubling period. 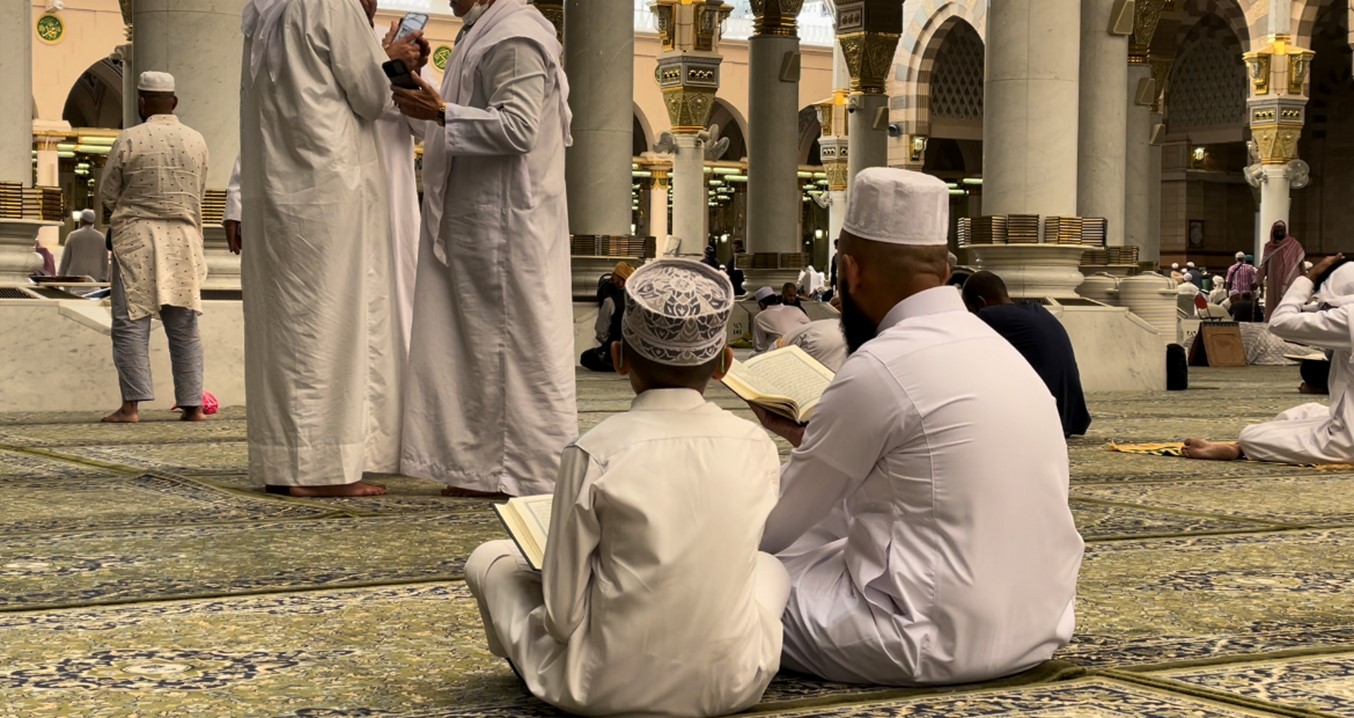 Today, the sharing of cultures is still very much present in Makkah. Millions of Muslims from throughout the globe make the journey to show their devotion to Allah. For Munim, he finds the interactions he has while making the journey especially valuable: “an important aspect of the pilgrimage is meeting those who have dedicated their time, energy and money to the trip”. Performing an Umrah is very easy; it should not take you more than 3 hours. But if you rest perform slowly, you may take up to six hours. It is a chance to reconnect back to Allah spiritually and a chance to soak in the many cultures that come together to reach a common destination and celebrate their faith. 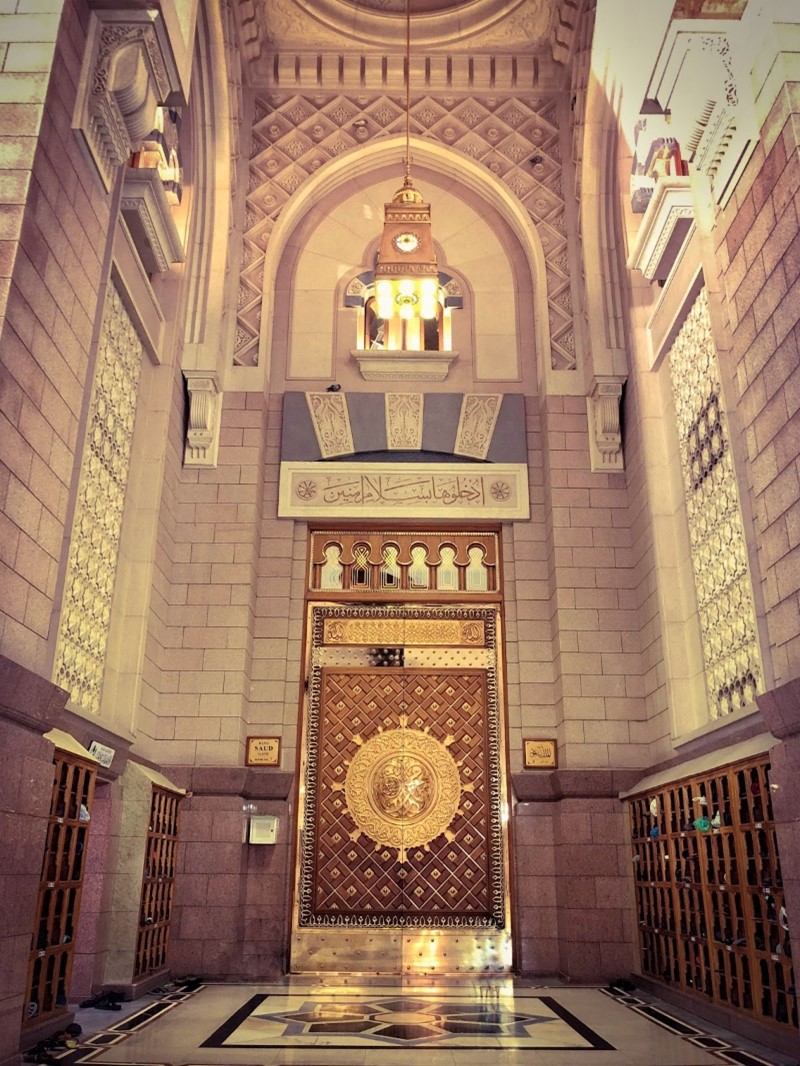 Munim met many believers who had waited for years to be able to complete the journey. The output of time and expenses needed to complete this religious obligation mean that it is sometimes difficult for people to achieve. Unlike the Hajj (which is mandatory for Muslims to complete at least once if they are able), the Umrah pilgrimage is voluntary, so believers who make the journey show a great deal of devotion.

Just as the Silk Road’s trades once brought riches to the region, today restaurants, travel agents, and shops consistently make good money because of the number of pilgrims that visit the area, and of course, the country itself benefits from increased taxes. As the holiest place in the world for Muslims, it is a sacred experience to spend money in Makkah. 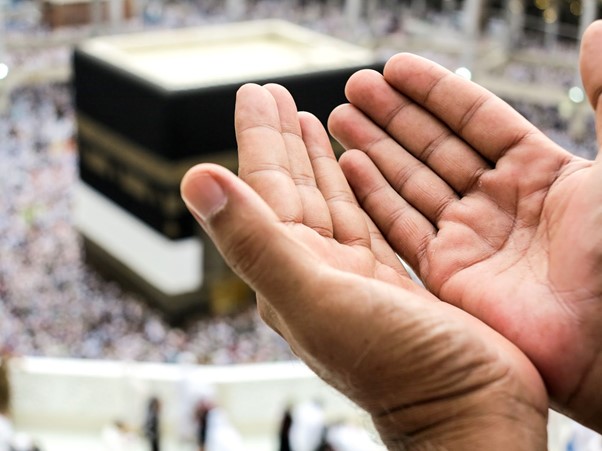 Merchants can continue to increase prices, as can real estate agents because Muslims simply can’t complete their pilgrimage anywhere else. So, the pilgrims are a welcome financial asset for the oil-rich country. The millions who come to Makkah every year bring billions of dollars to the Saudi economy. And since the Umrah can be performed at any time of the year (apart from the five days when Hajj takes place), it will prove vital in rebuilding the economy post-covid. 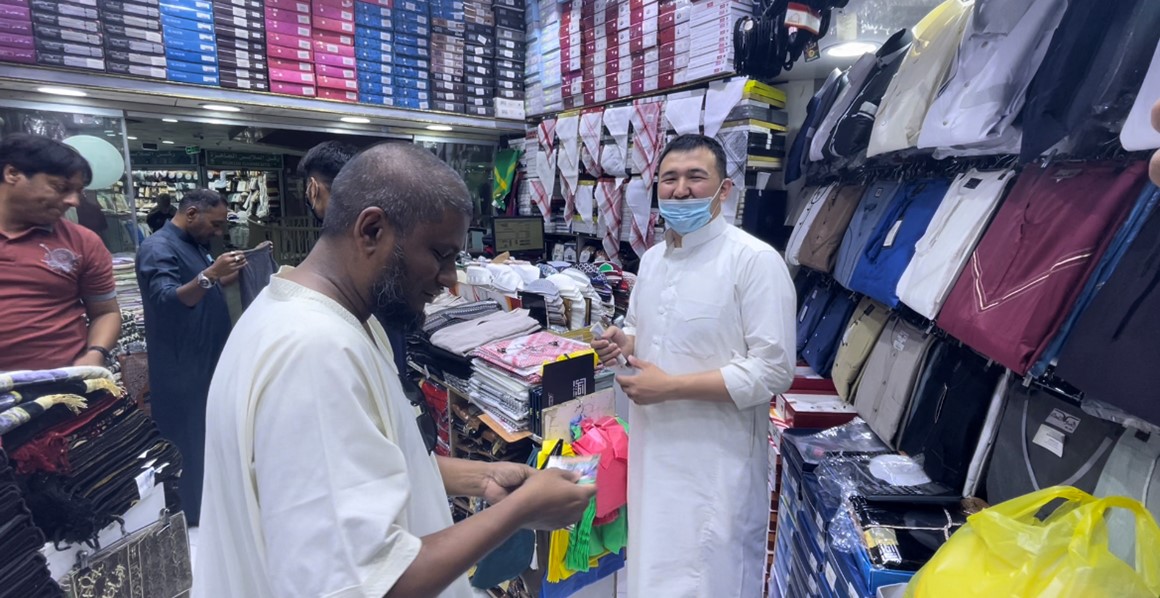 With the travel paths once again open to Makkah, pilgrims can once again complete their important journeys and the destination will surely benefit from the billions of dollars that will once again be spent in the region. Thank you to Munim for your contributions to this article.