Food for thought: How rising inflation is affecting UK households

Many households across the UK are feeling the full force of rising inflation, with a hike in national insurance (NI), coupled with a sharp increase in energy costs, proving detrimental to levels of personal disposable income.

The cost-of-living crisis has only been exacerbated by the ongoing war between Ukraine and Russia, with inflationary pressures affecting all aspects of life. Even the Prime Minister Boris Johnson admitted that households will have to make choices to make ends meet.

Speaking recently, regarding the rise in NI, Mr Johnson stated: “I've got absolutely no problem with it. We've got to do the difficult things. We've got to take the big decisions, the right decisions for this country. People obviously are going to face choices that they are going to have to make.”

Notably, the price of food has jumped on the back of these pressures and ongoing supply-chain disruption.

Food prices rose 4.9% in the year to February of 2022 and this rise is causing consumers to rethink how they shop.

According to new research by NielsenIQ, shoppers are increasingly choosing to buy own-label products to help to keep costs down.

Mike Watkins, NielsenIQ UK head of retailer and business insight commented on the changes, saying: “Whilst some of the changes in grocery spend will be due to consumers simply having a different basket mix compared with last year, our data also shows that consumers are now increasingly shopping for private-label products as part of their coping strategy.” 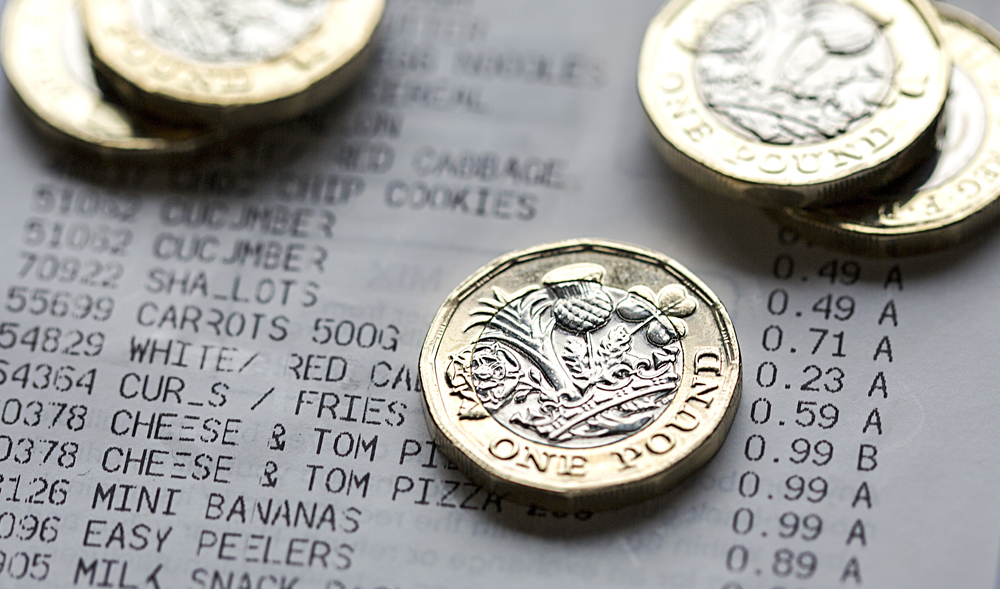 Whilst the UK government has unveiled measures to help with energy costs, measures which many believe are the bare minimum, food prices have been side-lined.

It’s not just at home food costs which have increased, 58% cent of food and drink businesses reported passing on price rises to customers in March, and as households become more frugal the service industry could take a huge hit in the coming months.

As economic growth slows in the UK, and the threat of a recession rises Deutsche bank, one of the world’s largest investment banks, was less than positive about the outlook for the UK’s economy:

“Consumer confidence data is already consistent with recessionary levels. And our proprietary household surveys are consistent with a materially deteriorating outlook for the household sector. Our surveys point to slowing momentum in household spending, with more households tapping into excess savings to fight off the cost-of-living shock.”

With the war between Ukraine and Russia raging on, the prospect of food shortages is also a real threat. Together, Ukraine and Russia produce almost 30 percent of the world’s traded wheat. More so, the two countries export vast amounts of fertiliser to farmers across the globe.

The next few months looks as though they will be tough for millions of households in the UK, and whilst consumers make tough decisions on where and how they should be spending their money, the knock-on effect could plunge the nation into even darker days ahead.