Avoiding The Pitfalls of Veganuary

As what feels like a particularly long start to the new year finally draws to a close (congratulations on completing the first month of 2022 everybody), the controversial topic of Veganuary is once again popping up all over our news feeds. This year, I decided to jump on the bandwagon and embark on my own journey with veganism, with some help from my colleagues.

The meat-free UK charity, Veganuary, which encourages participants to switch out meat products for cruelty-free and plant-based foods during January, has gained traction in recent years. With its ever-growing popularity, the meat-free movement has inevitably been met with criticism, controversy, and celebration alike. Campaigners, who champion the rights of animals and site environmental and health benefits as strengths of the lifestyle, welcome the month-long commitment to plant-based and vegan foods.

Though veganism has long been synonymous with bland tofu salads, YouTube yogis singing the praises of smoothie bowls, and fad weight loss diets — those days are over. Veganism has gone mainstream. By 2020 every major UK supermarket had started their own vegan range, and fast-food companies have also seen the value in the ever-growing market, ensuring that anyone can now chow down on a quick, unhealthy, vegan fix.

As many cynics have begun to note, a lot of the meat substitutes available today are in fact classified as ‘ultra-processed’ foods, which are both unhealthy and highly addictive, and make Veganuary more of a minefield in terms of health than ever before.

It was with these facts in mind, that I called in some help from a full-time plant-based colleague within the company. Thankfully Aastha, Office Assistant as Currency Solutions, had some words of wisdom to get me started:

“Find vegan friends and reach out to them. They'll be able to recommend vegan products and maybe even go out for a meal with you. You'll feel a lot more supported”.

So, armed with my vegan knowledge (in the form of a best friend), I ventured for my first foray into veganism in 2022. I was advised in my order of the ‘This isn’t Kim Yum Chick’”: faux chicken meat slathered in BBQ sauce, chipotle vegan mayo, and covered in vegan ‘cheese’ and ‘bacon’. This was a delicious treat, and I was pleasantly surprised that the variety of options on my menu was comparable to those of my non-vegan peers. However, the spread was not exactly overflowing with the health benefits associated with a plant-based lifestyle. 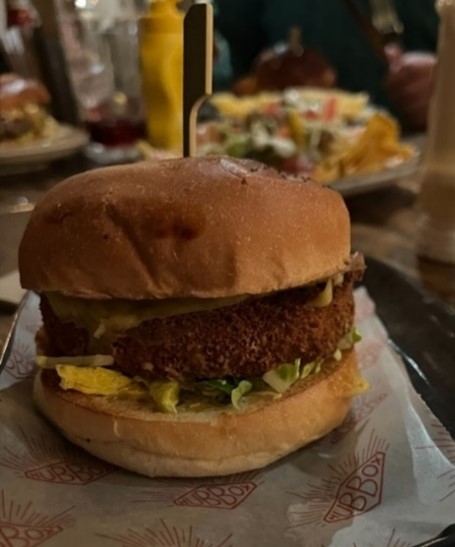 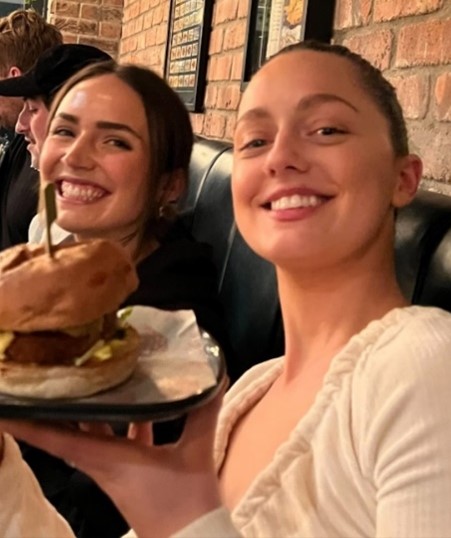 With ‘health benefits’ listed alongside ‘animal welfare’ as the top factor for the adoption of a vegan lifestyle, fast food joints are throwing a spanner into the works of the once pristine image of veganism. This year, McDonald’s vegan burgers are available in all UK locations after a successful trail last year, and KFC have teamed up with plant-based food giant, Quorn, to develop their own range of burgers. Of course, it’s not only the questionable health claims of Veganuary that have gotten peoples’ knickers in a twist, but also the habit destruction and poor animal welfare that comes hand in hand with purchasing from most fast-food giants.

With many non-vegans labelling vegan fast food as hypocritical, opposition campaigns have started popping up, such as ‘Reganuary’, in which instead of ditching meat completely, participants are asked to ‘consider the impact of everything you eat and try to source as much as possible from regenerative agriculture, regardless of whether your diet is vegan or omnivorous’. Definitely food for thought.

At my next meal out, whilst chomping through my (delicious) bean burger, loaded with dairy-free ‘cheeze’ products and complete with gluten-free bun, it dawned on me that I may be missing the point of Veganuary entirely, and that though I may be eating cruelty-free, I may not be reaping health benefits, such as reduction in heart disease risk, that a plant-based diet boasts.

So, I looked once more for advice from within my team. This time, I enlisted the help of Steve from our admin team in Cyprus, and his husband Adrian. Although Adrian informed me that he is not a guru on the topic, he had some useful guidance for me, that came just at the right time.

Adrian told me that to him, the lifestyle “holds strong ethical and surprisingly life changing health benefits” and some timely advice, was the suggestion to “drop the idea of flesh substitutes and think outside the box”. He continued, “veganism is an adventure, and it’s really exciting when you create a delicious meal… otherwise it has the potential to be very unhealthy” — a nugget of wisdom that was not lost on me.

And this is when Veganuary took a turn. Armed with a local fruit and veg box, I got to work creating colourful, adventurous, and tasty meals. Though my experiments sometimes missed the mark, I was having fun and getting used to creating meals without the ‘faux meat and two veg’ formula I had up until now been using. 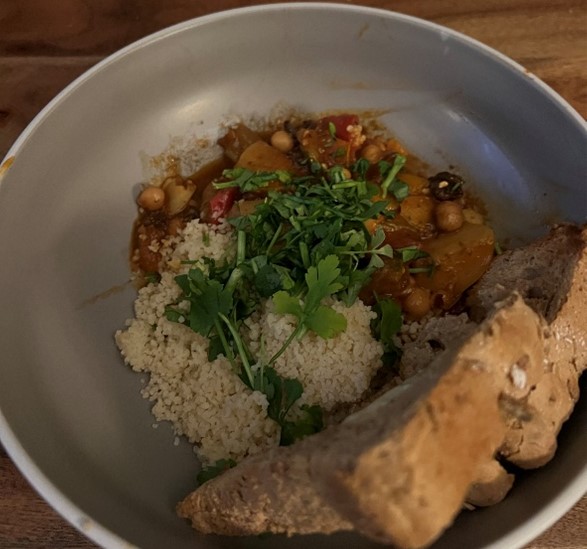 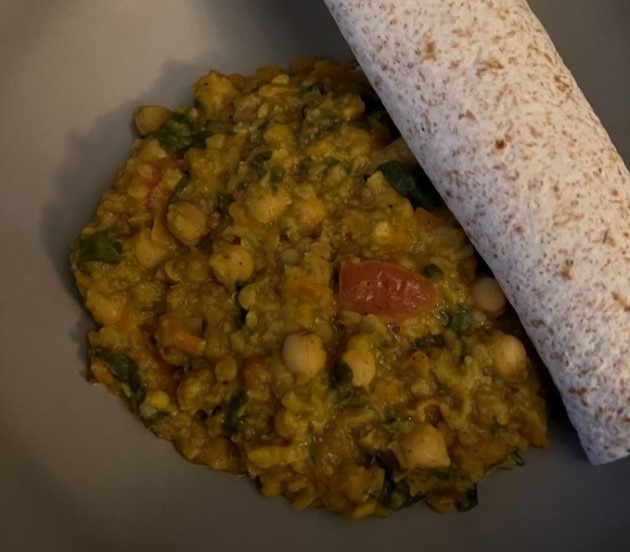 Legumes such as chickpeas quickly became my best friend, and dahls and curries frequented my plate. Additional advice from Aastha helped to ensure that I varied my food choices: “plan your meals beforehand to make sure you're getting all of your nutrients. Be aware of the vitamin and proteins your body needs and what foods will provide that for you”. I did my research, as Aastha suggested, and introduced marmite, nutritional yeast, and seaweed into my diet to replace the nutrients (such as B12) that were lacking without my usual animal-based protein. 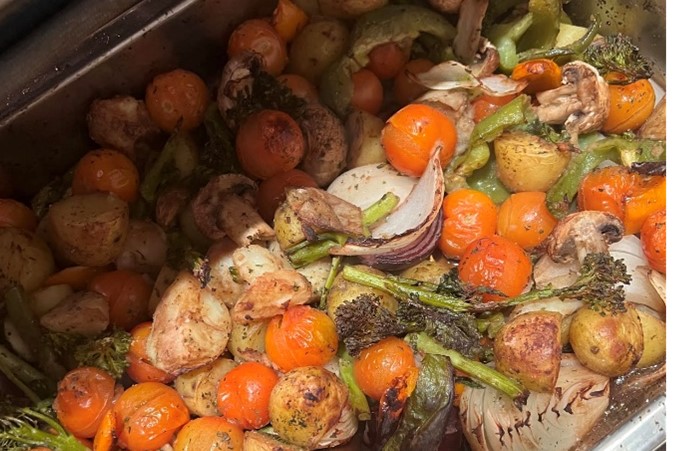 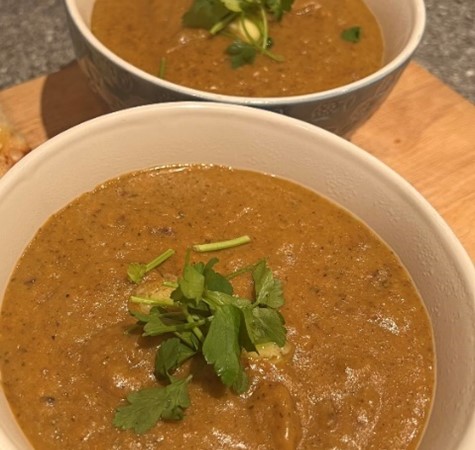 With new motivation, ingredient recommendations, and advice from my colleagues, creating weekday meals became easy and normal. But that doesn’t mean that I cut out the faux meats all together. In fact, I’d found a sustainable medium which didn’t feel restricting. Even my Friday night takeaway got the plant-based treatment, and the 117% increase in plant based Deliveroo orders in 2022 suggests that I’m not alone. Yes naysayers, vegans are allowed to enjoy unhealthy food, and guiltily indulge in fast food like (most of) the rest of the population. 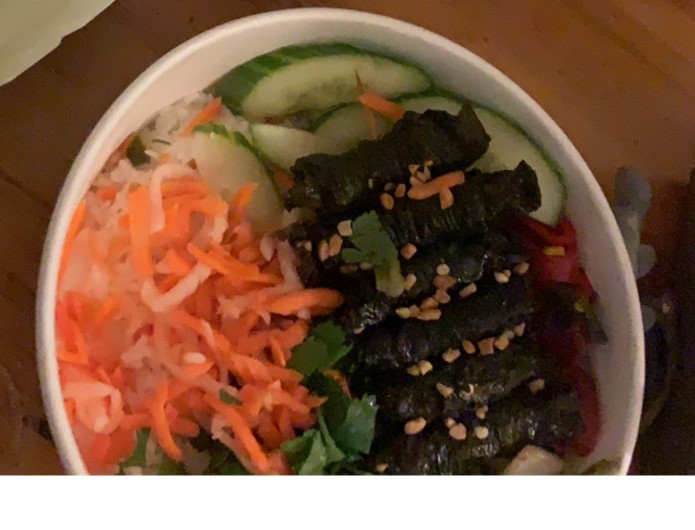 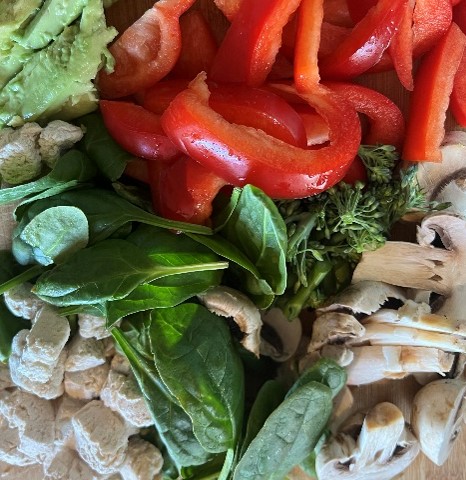 So, January is nearly over, and so too is Veganuary. Will I return to my non-vegan ways? Honestly, I’ll probably settle somewhere in the realm of the “flexitarian”, allowing myself to indulge in free range dairy products and sustainable animal products on occasion, and of course my mothers-in-law’s meatball pasta if I’m offered.

But overall, I’ve enjoyed the challenge and the rewarding outcomes, and I’ll continue many of the practices that I’ve learned along the way. My tip to anyone interested in giving it a go, would be that as the diet becomes ever more mainstream, be sure you don’t fall into the trap of thinking vegan always equals healthy; don’t stray too far from good old fruit and veggies if you’re in search of health benefits, always play with your food (despite what your mother said), and as Aastha assured me, “don’t feel too guilty if you mess up on occasion”.